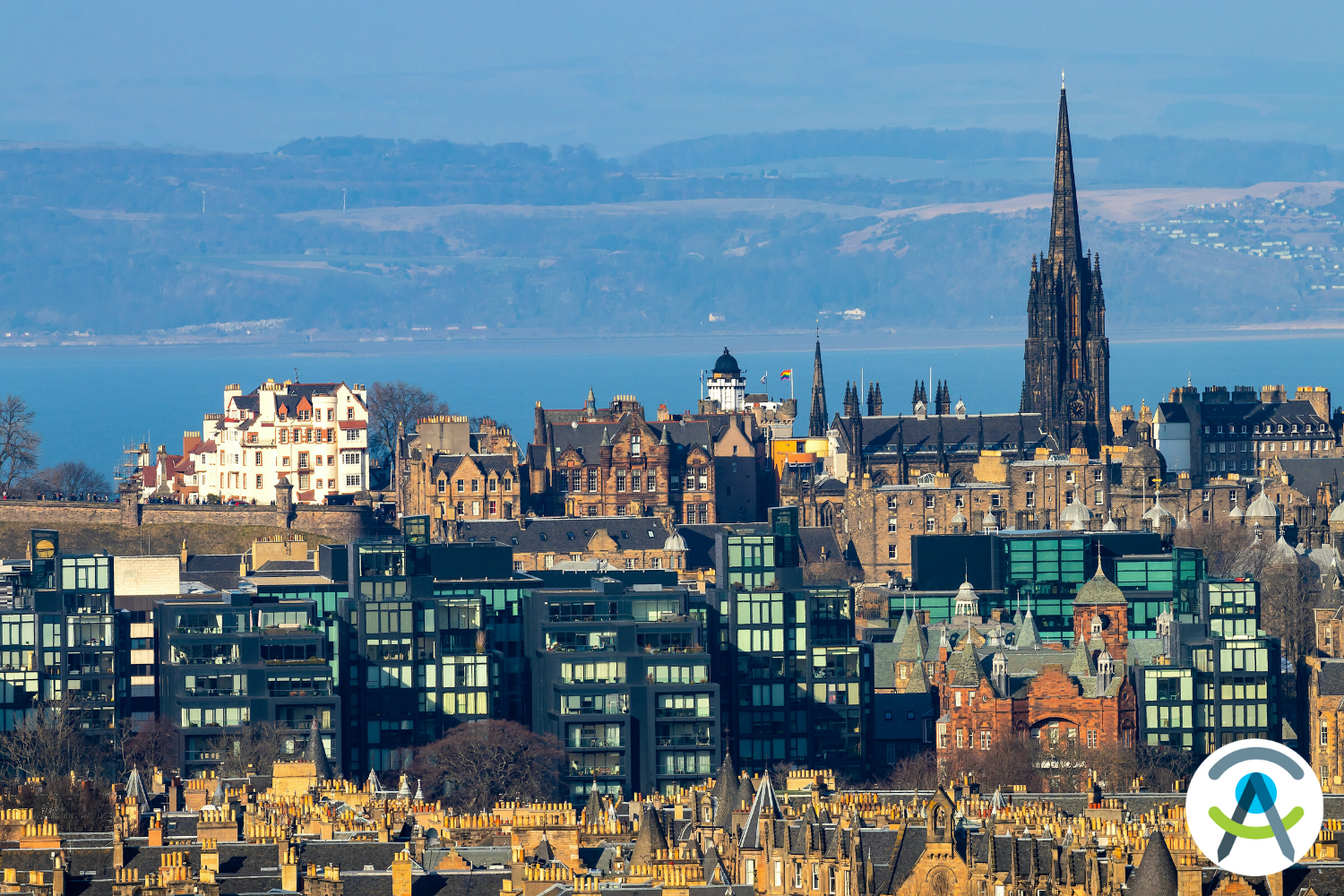 Scotland has a wide mixture of architectural styles throughout its cities and regions, and old and new buildings can often be seen together in the centres of the nation’s cities. Read on to discover different styles throughout the country.

Scottish architecture in the modern period is heavily influenced by architecture from Glasgow, and in particular by the works of Charles Rennie Mackintosh, one of Scotland’s most famous architects. This influence can also be felt throughout Europe, combining modern artistic styles with a traditional Scottish influence to create buildings fit for the dawn of a new century, with much of Mackintosh’s work having been carried out in the late 1890s and early 1900s. Much of Glasgow as it can be seen today dates from around this period. A particularly striking example of architecture in Scotland’s largest city of Glasgow is the Kelvingrove Art Gallery and Museum, situated in Kelvingrove Park in the centre of the city. This building was created in a baroque style during the Edwardian period, and was reopened in 2006 after a period of refurbishment. The city also plays host to other famous buildings in a variety of different styles. One of the city’s more modern buildings is the Scottish Exhibition Centre, also known as the Armadillo, which was designed by Norman Foster and opened in 1997. It features a striking, metallic design consisting of numerous panels on the building’s exterior.

Outside of Glasgow, many of Scotland’s architectural treasures can be found in Edinburgh, where Scotland’s architectural past and present can be seen side by side. One of the most famous examples of modern Scottish architecture in the city is the Scottish Parliament Building in Holyrood, opened for use in 2004. The building is designed to represent Scotland’s national identity, which was accomplished through carefully placing it into the surrounding landscape and creating a space representing the exchange between politicians and the people as equals. Edinburgh is also home to other Scottish architectural achievements such as St Giles’ Cathedral and Holyrood Palace, both situated on the world-famous Royal Mile. The cathedral has a long and varied history, and is therefore a mixture of different architectural styles, while the palace was built in a traditional, classical style.

In Dumfries and Galloway, many buildings can be seen made from sandstone, due to the region’s history of quarrying and a high level of traditional know-how still available, due to the region taking care to preserve traditional architectural techniques. A particularly notable, historical building in this region is the 17th-century Drumlanrig Castle, also known as the Pink Palace due to its sandstone construction. The region is also home to the beautiful and recently restored Moat Brae townhouse, built in a Greek revivalist style. This building is known for being where JM Barrie created the character of Peter Pan, and is again built with sandstone like so many buildings in the region. It re-opened in 2019 as Peter Pan’s Enchanted Land. This region is also home to the Abbey of Dulce Cor, the ruins of a monastery originally constructed in an Early English architectural style, established in 1273.

The architectural style of Aberdeen is particularly special, with the sandstone typical of other Scottish cities not being featured. Instead, most of the city’s buildings have been constructed with locally-sourced granite, earning Aberdeen the nickname “The Silver City”. Since this material is so durable and hard-wearing, most of the city’s architecture still looks brand new, despite having been originally built centuries ago. This city’s university is one of the most notable architectural features of Aberdeen, with the Marischal College in particular having a very striking granite facade and having been built in a neo-gothic style. The King’s College on campus was constructed during the 15th century and was built in a renaissance style. Despite rarely being used for classes in the modern period, it is admired throughout the world as an example of some of the finest architecture that the country has to offer.


Traditional and Regional Architecture in the UK