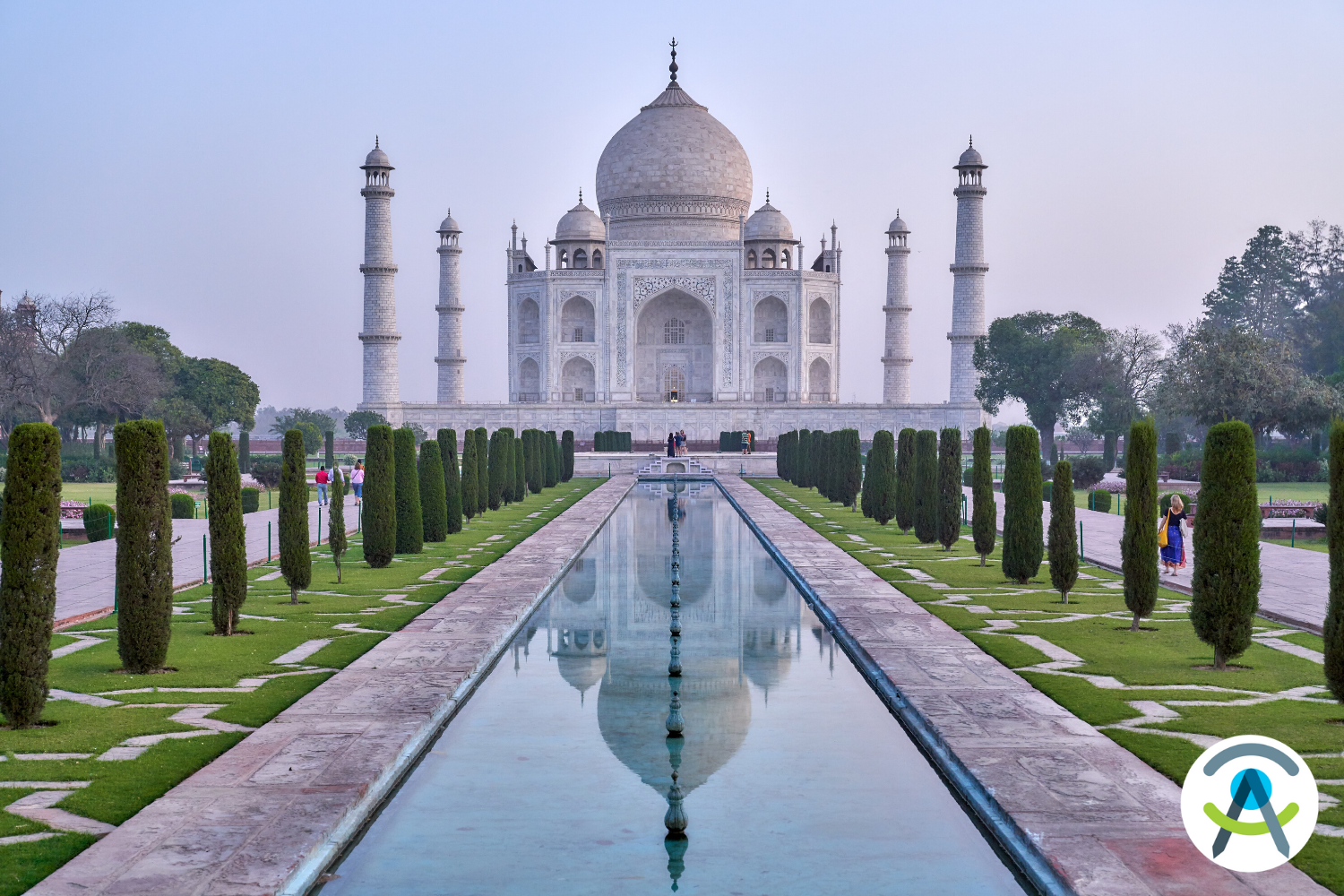 India is a subcontinent with a rich and varied history - a melting pot between innumerable cultures, peoples, and faiths. It is fascinating to see how this mix of ideas has left its trace on Indian buildings, many of which we are lucky enough to still be able to see standing.  The architecture of this country is no different. The history of India’s architecture began with the first human habitation of the subcontinent in 2600BCE and has continued to the modern day.

Very early Indian architecture, from what is known as the Harappan period, is characterised by a strong degree of functionalism - nothing unnecessary was constructed. Archaeological records from this period have found many instances of granaries and irrigation systems, however not a single temple or palace. For the time, that is to say 2600 to 1900 BCE, there was a remarkable level of technique and knowledge available surrounding town planning, and numerous large (for the time) urban centres were created. Some of the cities they created may have housed up to 60,000 people. These early cities had impressive walls, in order to deter attackers but also as a form of flood defense.  The buildings of this period were highly advanced but very utilitarian. It is also believed that the well may have originated in India during this period.

The next 1300 years of Indian architecture were constructed in wood and have unfortunately therefore been lost to history, however the period of the Mauryan Empire from around 600BCE onward also marks the first recorded constructions of Buddhist temples - no examples of these survive in their entirety, only as floor plans. This period can also be categorised by the construction of large, walled cities and the first recorded evidence of multi-story buildings on the subcontinent. Pataliputra, the capital of the Mauryan Empire was recorded by the Greeks as having 564 defensive towers 64 gates in the walls, indicating the existence of advanced architectural techniques even during this early period. Architecture in this period of Indian history was also marked by the beginnings of foreign influence, in the ruins of the capital numerous features of Greek architecture were found, that made their way to India via Persia.

The next period of Indian architecture is known as the Gupta period, with the construction of this period taking place in two waves: the first around 300CE, slightly before the empire was officially established, and the second taking place at roughly the end of the 5th century. This is the earliest period from which we can find intact ruins of Indian architecture, mostly consisting of temples belonging to India’s different religions. We can also find ruins of some of India’s very first freestanding structures in this period, in particular some of the early Hindu temples. Some of the most elaborate architecture of this period was created with the purpose of honouring various different gods, with special buildings for worship, which was in line with the other civilizations of the early medieval world.

After this period, there is unfortunately another period where surviving architectural examples are somewhat lacking. The next well-preserved period of architecture from India is that of the period of the Mughal Empire. The world-famous Taj Mahal dates from this period. This again is one of the periods where Indian architecture became significantly influenced by that of its neighbours, again those originating from Persia and the arab world, without losing the Indian flair. Buildings from this period can be identified by their distinctive onion domes, as well as being frequently surrounded on all sides by their intricate detailing and decorative filigrees. Buildings from this period also make heavy use of white marble in their construction, giving them a highly distinctive and luxurious appearance. Some of the most spectacular constructions of this period are mosques in the north and west of India.

After the Mughal period, the subcontinent found its architecture again influenced by other nations, this time those from Europe, and in particular the United Kingdom, Portugal and France. Many British buildings can still be seen, and provide an occidental touch to the distinctly Indian surroundings in which they find themselves. Many British buildings were repurposed following India’s independence, for example the palace originally built for the Viceroy of India is now the official state residence of the country’s prime minister. The British also constructed much of India’s railway network, and therefore their architectural style can be seen in large train stations throughout the country, particularly the Victoria Terminus in Mumbai, which is listed as a UNESCO world heritage site. This is the city where the largest concentration of British architecture can be found, in addition to Chennai, and Kolkata.

In modern times, in order to keep pace with India’s booming population, their architecture has begun to look more towards the high-rise structures common to large cities throughout the world. In 1947, when India became independent, there were only 300 formally trained architects serving a population of around 300 million people. Indian architecture of this period was therefore largely carried out either by foreigners or Indian people educated in foreign architecture schools. Since then, India has developed a thriving infrastructure for educating would-be architects, and well-financed projects and thousands of years of cultural inspiration to draw upon has led to the creation of some truly spectacular architectural creations during this time. A particularly striking example of this is Delhi’s Lotus Temple, finished in 1986 which has attracted more than 100m visitors as of 2014, making it one of the world’s most visited buildings.