Buildings based on spider webs 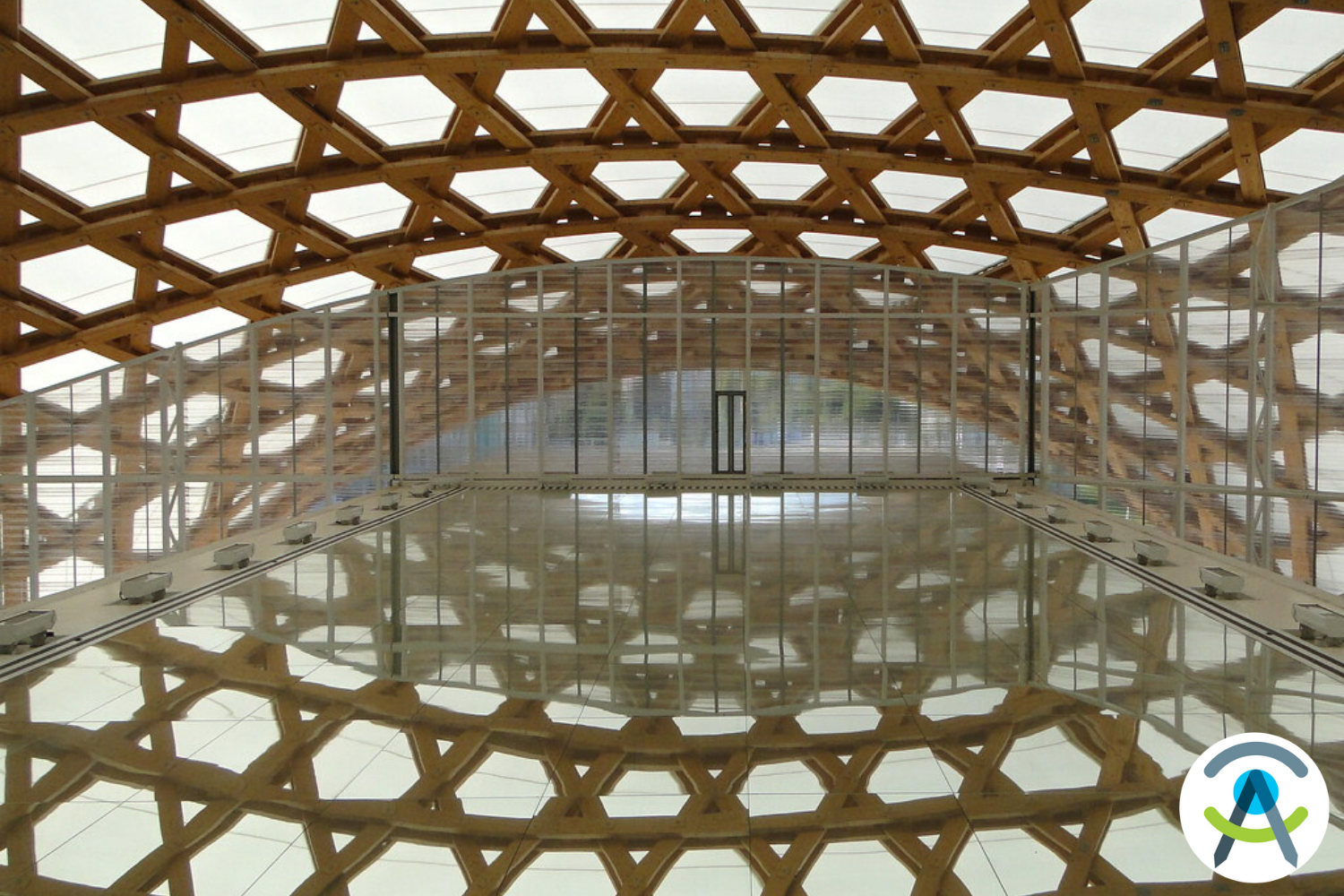 There is a type of roof which is based on the construction of spiderwebs. This technique is known as biomimicry, or technological progress inspired by nature.

These buildings copy the structure of spiderwebs since they have qualities of strength and elasticity such as:

The Spiderweb Structure in Architecture

The shape of a spiderweb is used in architecture to cover the largest surface area with the minimum of material possible. Steel cables are used to replace the spider’s fibre. The roof of the structure is generally a light understructure, covered by a membrane.

Buildings with a light understructure covered with a membrane are known as modern membrane buildings. This type of structure, like a spiderweb, is much lighter than those with a traditional frame.

American researchers have found that is if the understructure modelled after a spiderweb had to resist a tremor, this form of architecture would allow it to survive. This can be explained by the fact that like a spiderweb, if one part of the structure takes a shock, the rest is unaffected.

Creating a spiderweb-like structure requires a longer building time than a traditional structure.

Buildings According to This Principle

The spiderweb style allows for high-quality sound insulation: the web absorbs or lessens the overflow of sound waves.

Thanks to this observation, scientists have created materials known as “metamaterials”, which, when produced in large quantities, allow the sound insulation of homes to be improved.

Frei Otto is a German architect, who was the first to create biometric constructions mimicking the structure of a spiderweb. According to him, our current society is looking for a return to lightness, energy efficiency and adaptability. Increasing the number of more natural constructions is very important for him. For Frei Otto, this increase would be possible with a rise in the number of spiderweb-based buildings.

For all of your architecture projects, find architects in your region at find-my-architect.com


The Relationship Between Architecture and Cinema