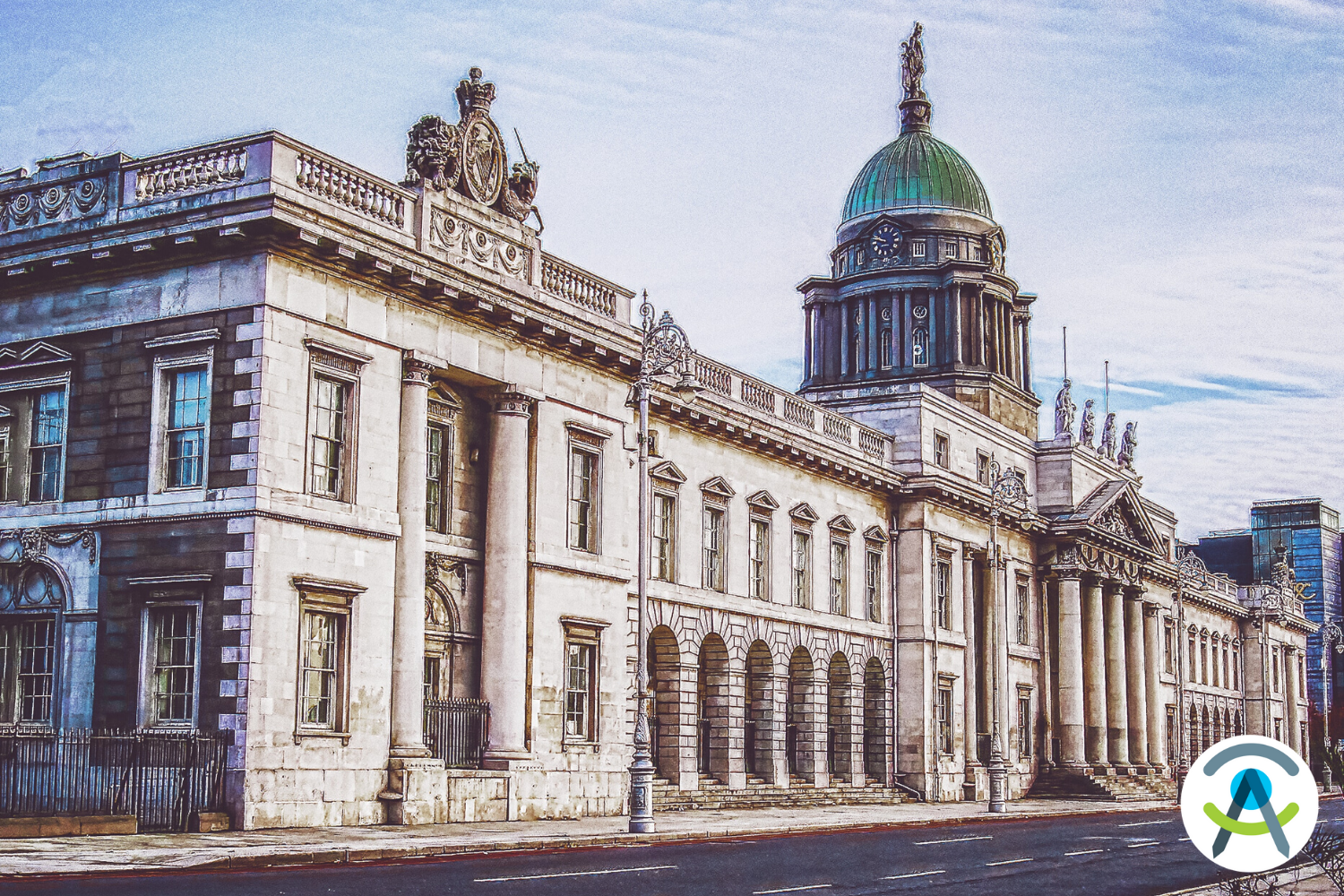 The architecture in Ireland has greatly evolved as the years have gone by. Rich in architectural heritage, Ireland has a large number of castles and ruins, as well as newer architectural patrimony which draws visitors from far and wide. Here is a run-down of the different periods of architectural history in Ireland, from the distant past to the present day.

Some of the oldest surviving examples of architecture in Ireland date back to before Christianity arrived on the island. Tombs dating from as long as 3500 years ago, made of stone, can be found fairly commonly. Standing stones can also be seen, one particularly notable example being the famous stone circle at Grange, older even than Stonehenge or the Great Pyramids of Giza. It is seen as one of Ireland’s most important monuments and is a treasure of worldwide historical patrimony.

During the early Christian period, the world began to become smaller and smaller and Ireland was no longer a distant island in the mists of the Atlantic. Viking attacks were common in this period, which was therefore marked by the beginning of the large-scale construction of defensive fortifications. One particularly interesting feature which marks this period of Irish architectural history is the many stone towers, known as round towers, which are unique to Ireland. The exact purpose of these towers is unknown, however experts believe that they likely served as watchtowers or defensive fortifications, due to being largely found around monasteries, which were a frequent target for raids. Many modern-day Irish cities were founded during this era and in some of them the original, viking street layout can still be observed.

As was the case in much of the rest of Europe, the medieval period in Ireland saw the construction of a large number of churches and castles, many of which are still well-preserved today. Castles and churches can be found throughout the Irish countryside. One of the most famous examples of architecture from this period is Bunratty Castle, built by the MacNamara family in 1425. Near the city of Shannon, this castle attracts a large number of tourists each year. Carrickfergus castle is another example of architecture from this period, constructed in 1177 and was used as a working defensive fortification until as recently as 1928. City walls constructed in this period can still be found in cities such as Derry and Limerick.

During the reformation, architecture in Ireland began to be more and more influenced by ideas from abroad. A particularly well-known architect from this period was Edward Lovett Pearce, widely considered to be one of the most influential architects in Ireland’s history. He studied in Italy during the 18th century, and brought their ideas back to his homeland with him. One of his crowning achievements was the construction of Castletown House. When the original designer of this mansion suddenly returned to Italy, Pearce had to finish the design and oversee the construction himself. This resulted in a stylish blend of both Irish and Italian style in the finished building. This building subsequently became one of Ireland’s most fashionable buildings. Throughout the majority of this century, all significant public buildings were built in this palladian style.

During the Georgian period, the island came to be influenced heavily by British architecture, and Dublin began to more closely resemble London or Edinburgh. Many of the large public buildings constructed during this period were designed and constructed by James Gandon. He is responsible for some of the most spectacular buildings in the country, such as the Custom House and even having designed an extension for the Irish parliament building at College Green in Dublin. Despite still nominally being built in the palladian style, some of its rules regarding angles and the mathematical relationships between different parts of the structure were left aside. Many of the houses built during the Georgian period were unfortunately demolished, however those that remain are now carefully protected. This period even saw the building of what came to be the President of Ireland’s official residence, and some even say that the White House in the USA is a copy of this building, known as the Áras an Uachtaráin.

Nowadays, all of Ireland and in particular Dublin is the scene of a myriad of different architectural projects. Old and new architectural styles can be seen side-by-side, with sleek new office buildings being right next to each other. A particularly famous building created in 2004 was the 120 metre (390 foot) Spire of Dublin. This monument is adorned with patterns and motifs designed to mimic the underlying rock upon which the spire was originally constructed. It is also illuminated at night with LEDs. One of the challenges now facing architects in Ireland is that throughout the island’s larger cities, there is increasingly little space available for construction, which has seen an increase in the number of high-rise buildings in order to maximise the land available.

Discover our architects in Ireland on our website : find-my-architect.com